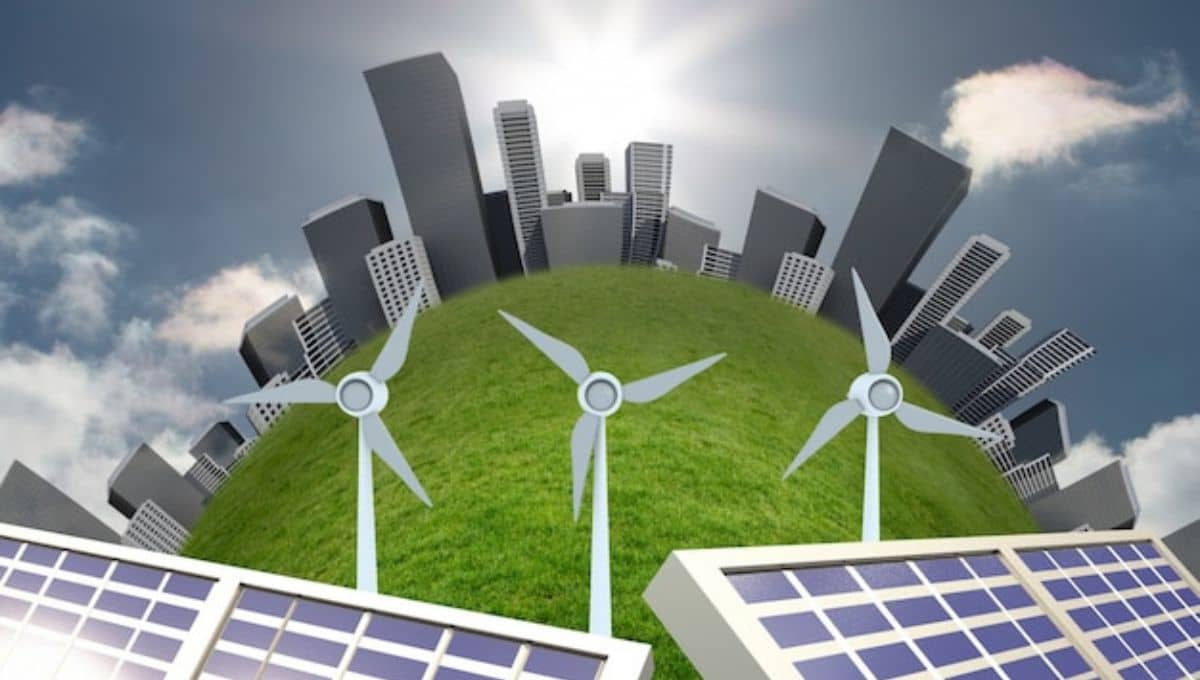 You’ve come to the right place if you’re also curious about the Top 10 Renewable Energy Companies in India 2022.

Today, more than 80% of India gets its energy from coal, oil, and solid biomass. According to a Nature Communications analysis, wind and solar energy may be able to supply 80% of India’s anticipated electricity consumption in 2040.

What is renewable energy?

Renewable energy is the term used to describe the energy that is produced using natural resources, including geothermal, hydroelectric, solar, wind, and bioenergy. The environment is not endangered by this in any way.

Below you can see the list of the best renewable energy companies in India.

Suzlon is one of the largest multinational renewable energy companies in India. It was founded in the year 1995 by Tulsi Tanti.

17 nations in Asia, Australia, Europe, Africa, and the Americas are served by Suzlon. It currently has more than 12,382 wind turbine generators installed and has more than 1900 customers worldwide.

Tata Power Solar Systems Ltd. is a renewable energy service provider company based in India that manufactures many products such as solar modules, solar cells, and other solar products.

This company mainly works in the wind and solar sectors. It started in the year 1989.

ReNew Power Ventures is one of the largest renewable energy companies in India. It has a capacity of 10 GW and, of this, 5 GW is operational.

As the first Indian company to raise roughly $1 billion through a SPAC IPO, ReNew Power made its Nasdaq debut.

ReNew became the first renewable energy company in the world to be added to the World Economic Forum’s Global Lighthouse Network.

Amplus Solar has more than 400 projects in 24 states of India and has 250+ clients across the globe.

Indian Biogas Association is India’s leading biogas energy solution provider. The group was founded in 2011 and redesigned in 2015 with the goal of promoting biogas as a greener fuel for the future. “Promote biogas in a sustainable way” is the organization’s stated mission.

The Indian Biogas Association has a target of setting up 5000 new commercial biogas plants by 2024.

Shell is a diversified international energy company with more than 10,000 employees in India. It is on a mission to develop biofuels using its R&D.

Shell has more than 50,000 consumers and more than 200 distributors. This company provides its service in 70 countries of the world.

Adani Renewables is one of the largest renewable energy companies in India. They are developing, building, and operating their own utility-scale grid-connected solar and wind projects.

Adani Renewables has the capacity to generate 20,434 MW of power and has ongoing projects in 91 locations.

Hindustan Power is an independent power producer with 4 GW of thermal and solar assets in its portfolio. Its presence is in India, Germany, the UK, and Japan.

Hindustan Power has assets of $2 billion and a total of more than 1000 employees, and its power generation assets are in the states of Madhya Pradesh, Assam, Karnataka, Bihar, and Tamil Nadu.

Urja Global is an approved channel partner of the Ministry of New and Renewable Energy (MNRE), Govt. of India.

Waa Solar Ltd. is mainly in the solar power generation industry. incorporated as “Waa Solar Private Limited” under the Companies Act of 1956.

On January 9, 2010, Madhav Power Private Limited, a member of the Madhav Group, purchased the company.

By now you must have understood which are the top 10 renewable energy companies in India.

In today’s time, there is a dire need for renewable energy companies so that the environment does not have to be harmed to generate power.

Q: Which is the No 1 solar company in India?

Ans: Tata Power Solar Systems Ltd. is the no. 1 solar company in India.

Q: Which country is the biggest investor in renewable energy?

Ans: China is a leader in renewable energy production figures.

Q: What is the future of renewable energy?

Ans: According to predictions for renewable energy, the global solar capacity will increase by 600 gigawatts by 2024.